Johnny Nicholas’ passion for the re-release of his debut 1976 album, Too Many Bad Habits, was infectious. We listened intently as he reminisced about his years playing with blues icons Big Walter Horton, Johnny Shines, Boogie Woogie Red, Robert Lockwood, Jr, Howlin’ Wolf and countless other “cool cats”, about the earliest rumblings of Asleep at the Wheel, about… well, about everything. It didn’t take long for this to become a passion project for us, too. 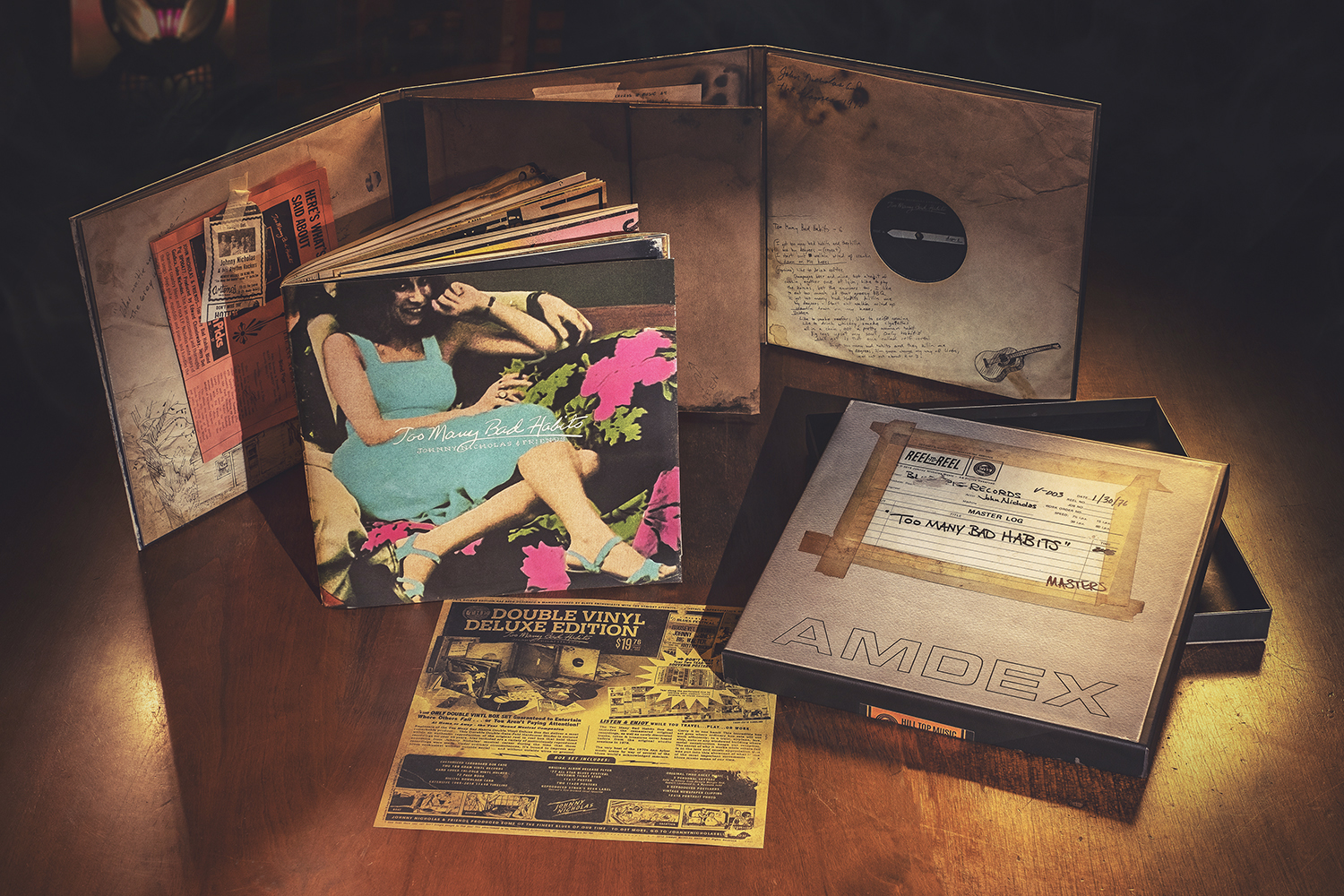 It was important that the artwork was authentic to Johnny – that it felt at home with his boxes of memorabilia – that it fit amongst the treasure-trove stacked in his home. No corner was cut. No idea too big. It was to be done, and it was to be done right. 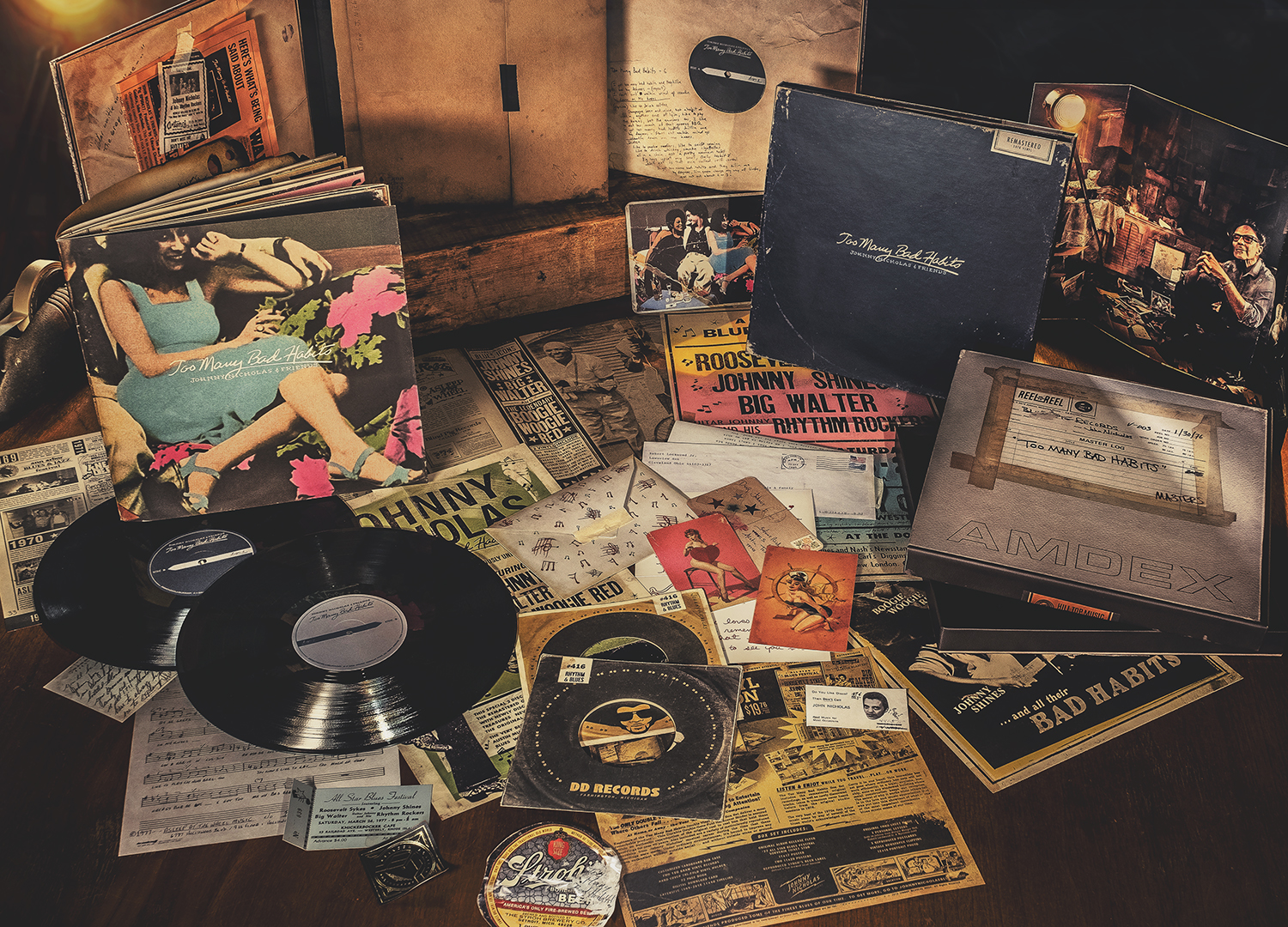 The Box, itself, was designed to replicate the actual case that the original Too Many Bad Habits masters came in. Within, a treasure-trove of memorabilia from Johnny’s personal collection, and it’s all about bad habits… too many of them, in fact. Whether it’s drinks, smokes, women or other over-indulgences, as the title track goes, “they’re killing [him] by degrees.” There are postcards from old flames and scorned lovers, a beer bottle label with scribbled lyrics lamenting “Lola outa controlla,” cigarettes, cigarette burns… and so much more to be found.

As well as these
Meticulously Crafted Reproductions
of Memorabilia from Johnny’s Personal Collection: 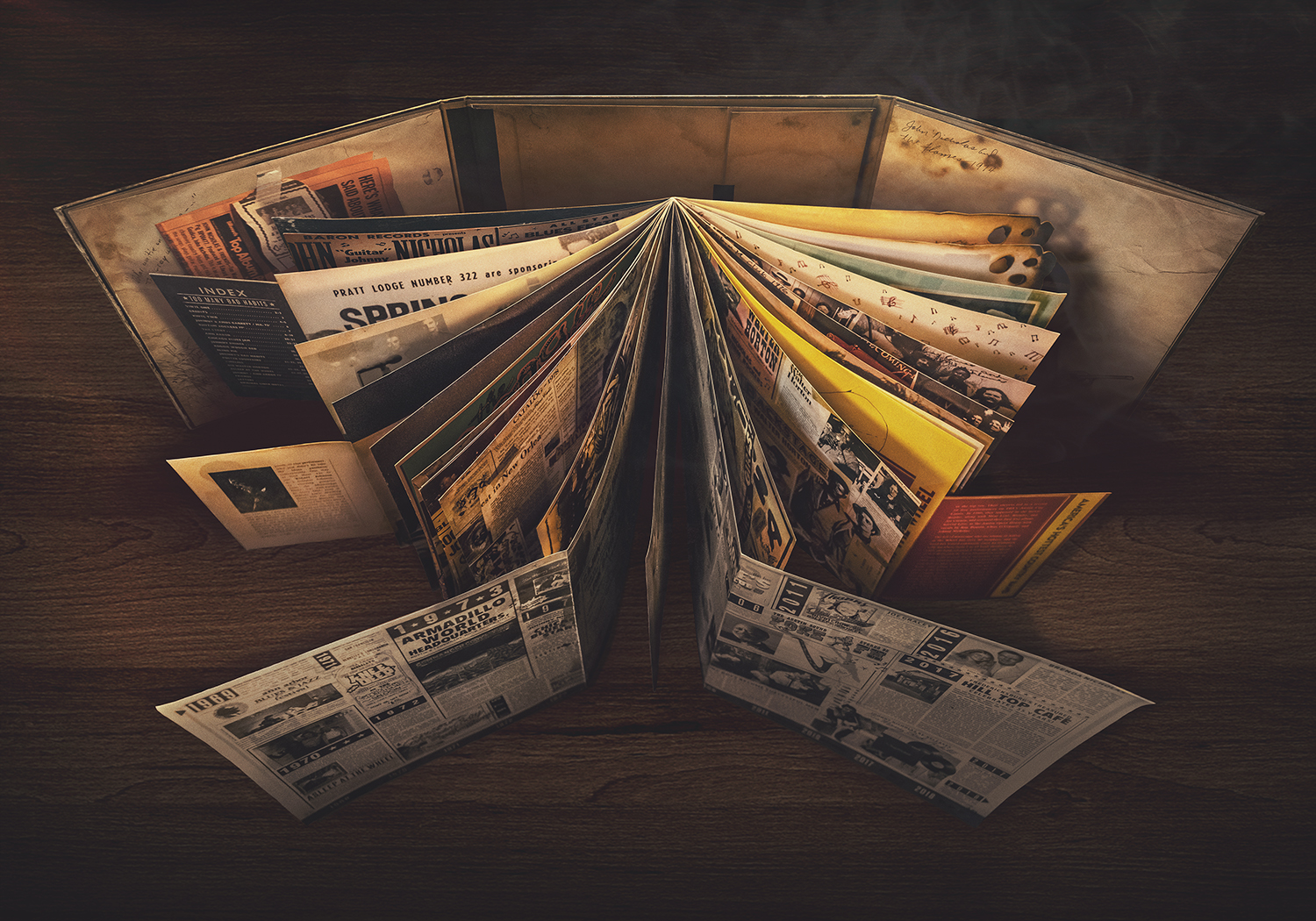