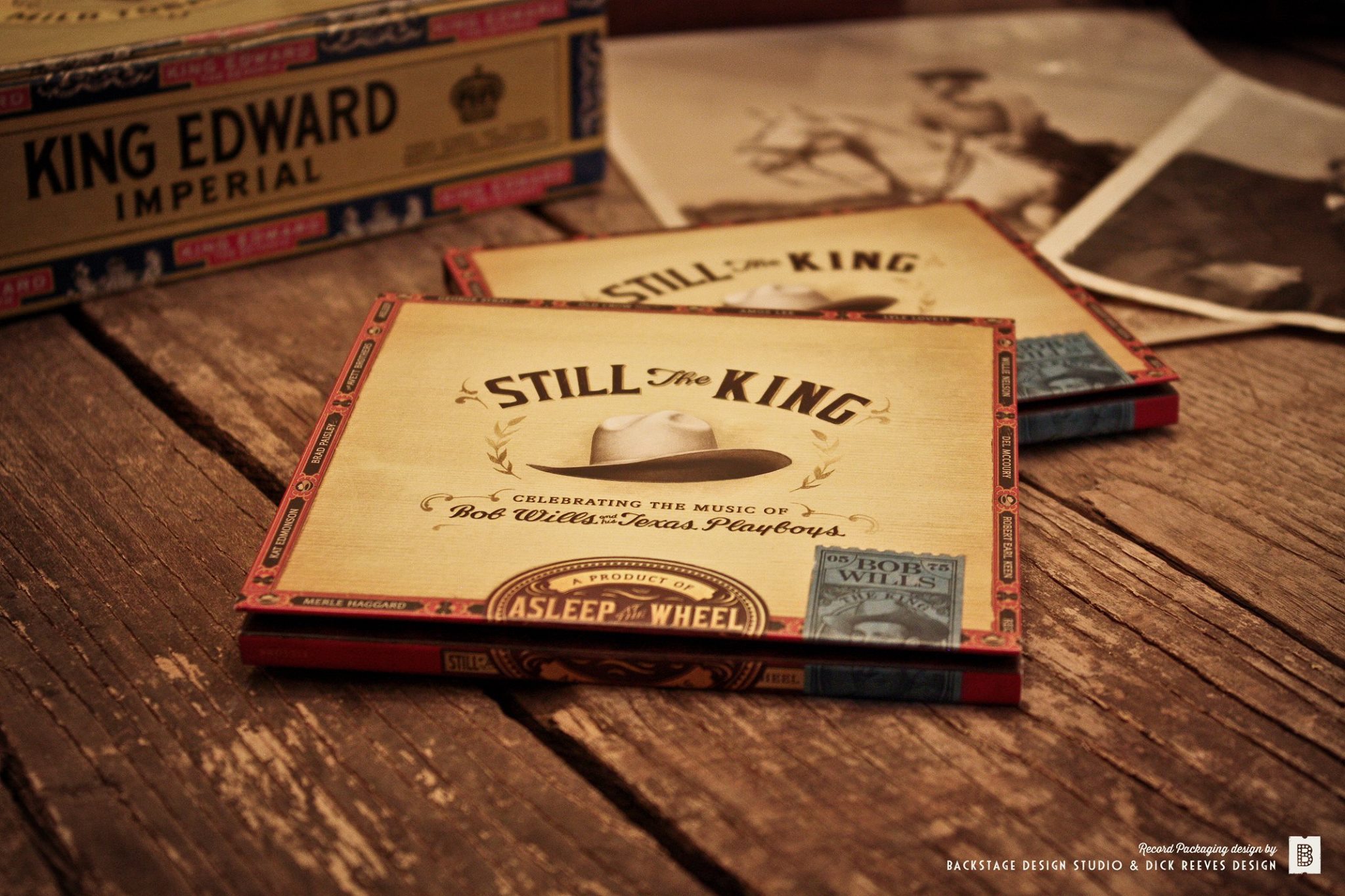 It’s nearing two weeks since we received the incredible news that our efforts for Still the King had been honored with a GRAMMY Nomination for Best Recording Package, and the gleam still lingers on our faces.

When Dick Reeves and the folks at Bismeaux approached us last year about the third (and final) Asleep at the Wheel Bob Wills tribute that Ray Benson was cooking up, along with a slew of amazing artists (a veritable who’s who of today’s country and americana), we knew that the packaging design had to be special – something deserving of the music it accompanied and representative of the legacy that Benson has built in honoring Wills and keeping his works alive.

As Bob Wills had a well-known and iconic affection for cigars, we felt that Still the King, “the fondest of tributes to the man justly billed as the King of Western Swing” (New York Times), should be celebrated as Mr. Wills, himself, would have deemed appropriate: with a box of cigars.

What we created was a cardboard cd package that is reminiscent of a vintage cigar box, in the vein of those treasured boxes found tucked away in a closet holding a collection small treasures from decades past. We took a great deal of pride in developing an air of authenticity, with mindful care to leave no detail excluded.

We’re eternally grateful to be so fortunate as to have been a part of this amazing project, let alone be considered for a GRAMMY for simply doing what we love. Thank you to Ray Benson, Mindy Espy-Reyes, Dick Reeves, Sam Seifert, Peter Schwartz and everyone else at Bismeaux for bringing us in on Still the King, embracing the big ideas, entertaining the insanity that is our creative drive and for reeling it in juuuuuuust enough. Love y’all.

And, a big ah-haaa to Jim Cocke and the team at Crystal Clear CDs. You guys knocked it out of the park, again. 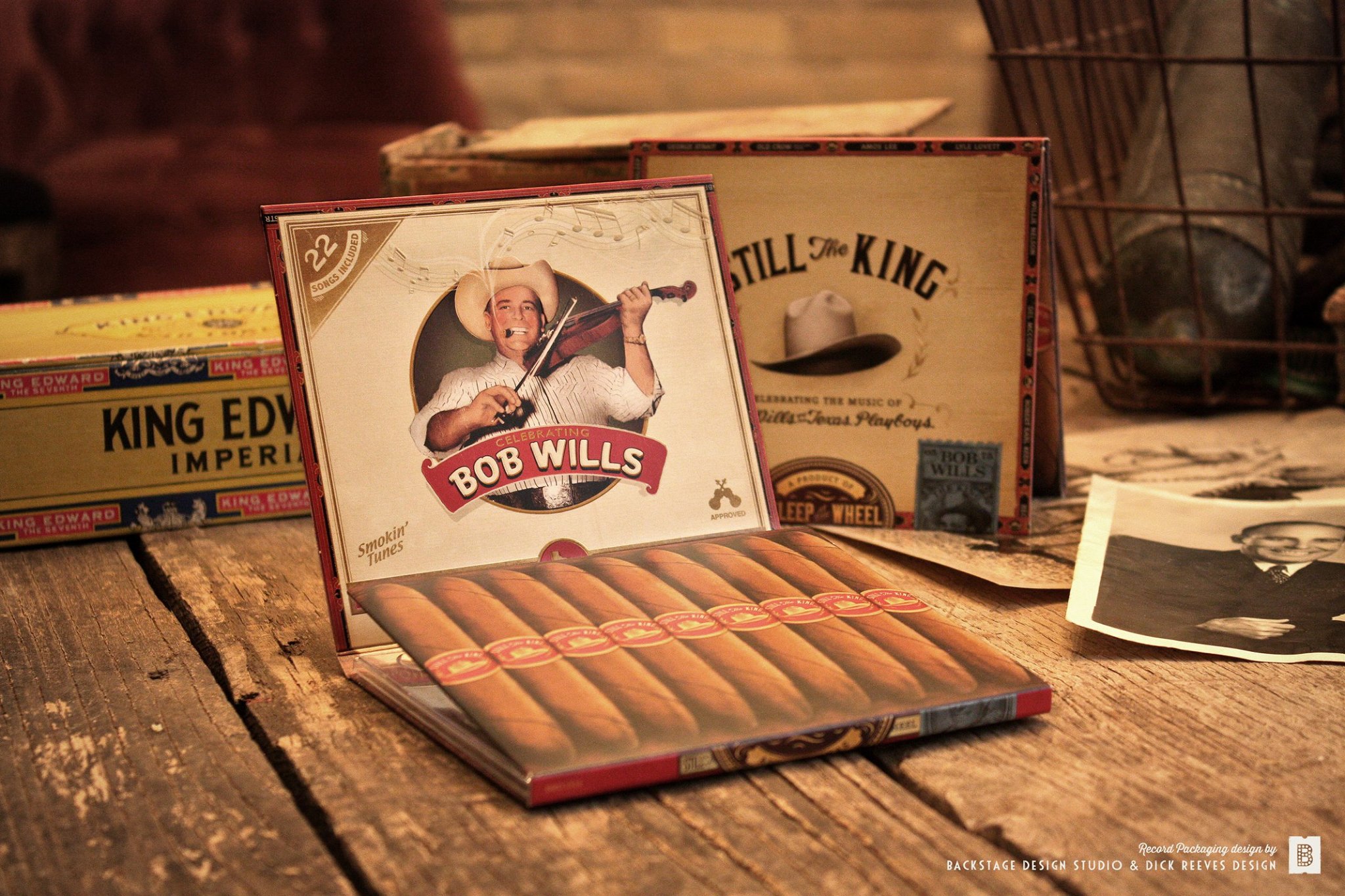 “The most beautifully packaged cd I’ve ever seen in my life”
– Bob Cole, KOKE FM 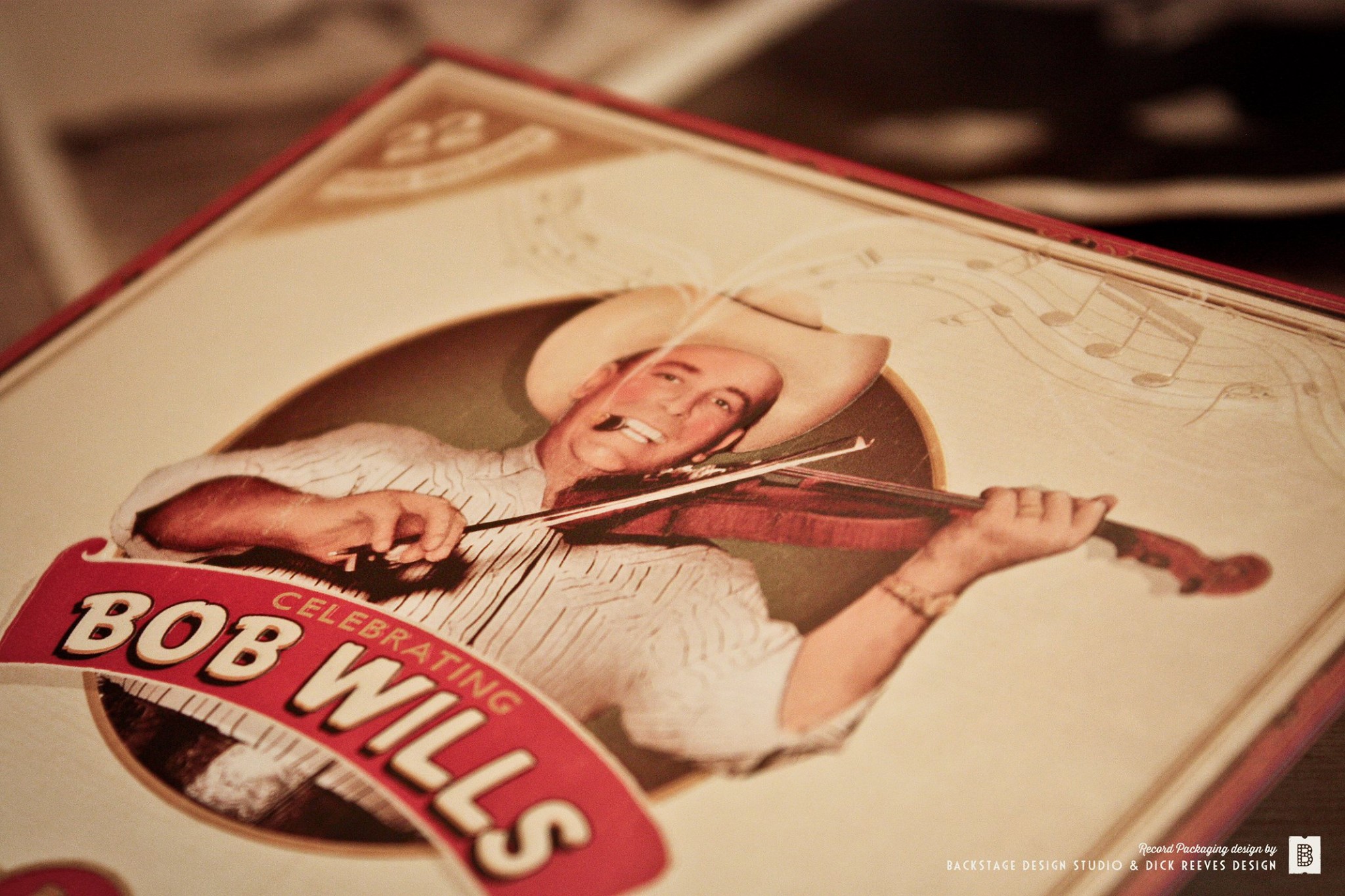 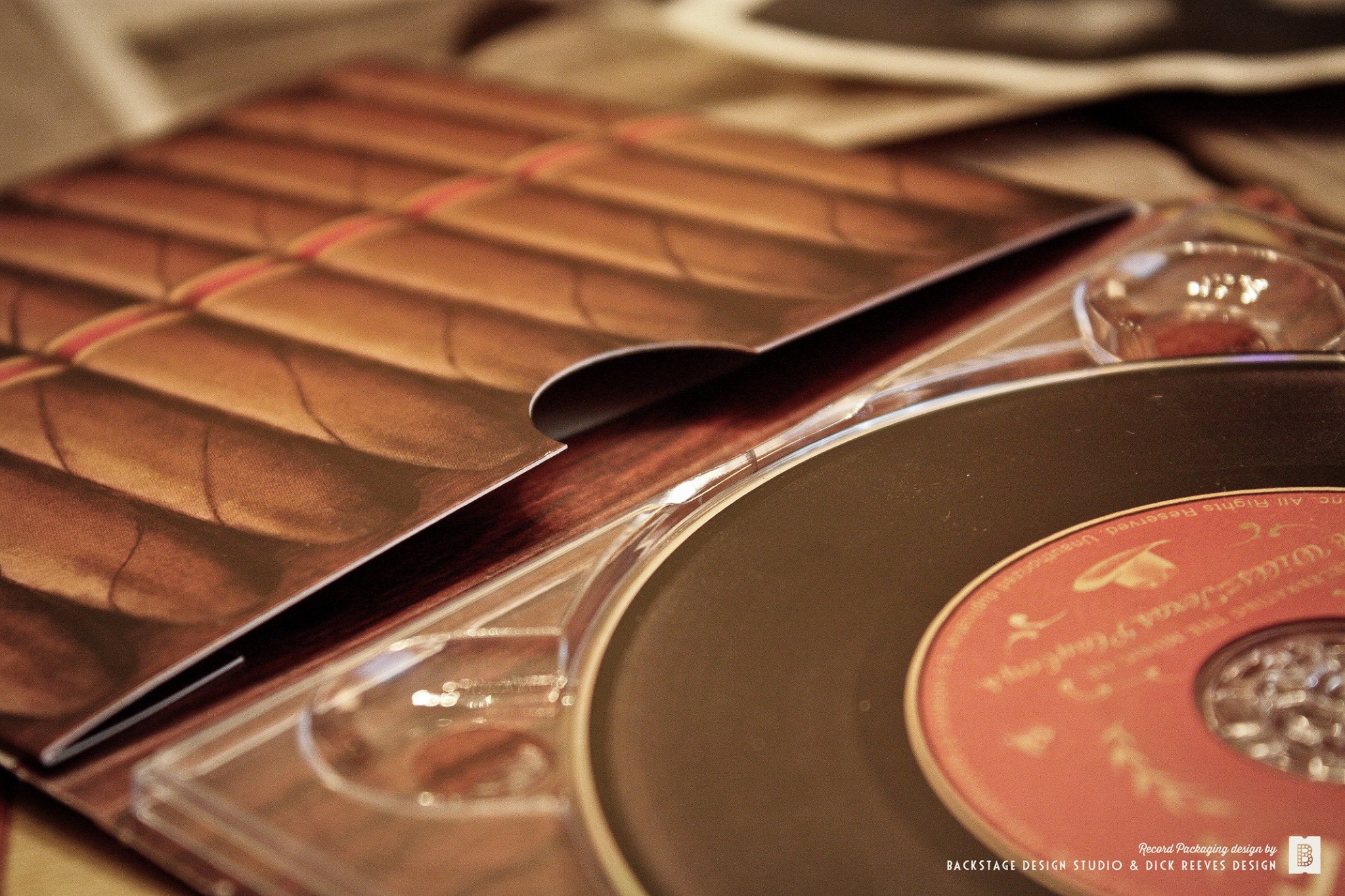 “The packaging of Still The King is quite unique: a salute to the old King Edward cigar boxes, obviously a nod to Wills’ swing monarchy, and his signature cigar-smoking.” – Daniel Mullins, The Bluegrass Situation 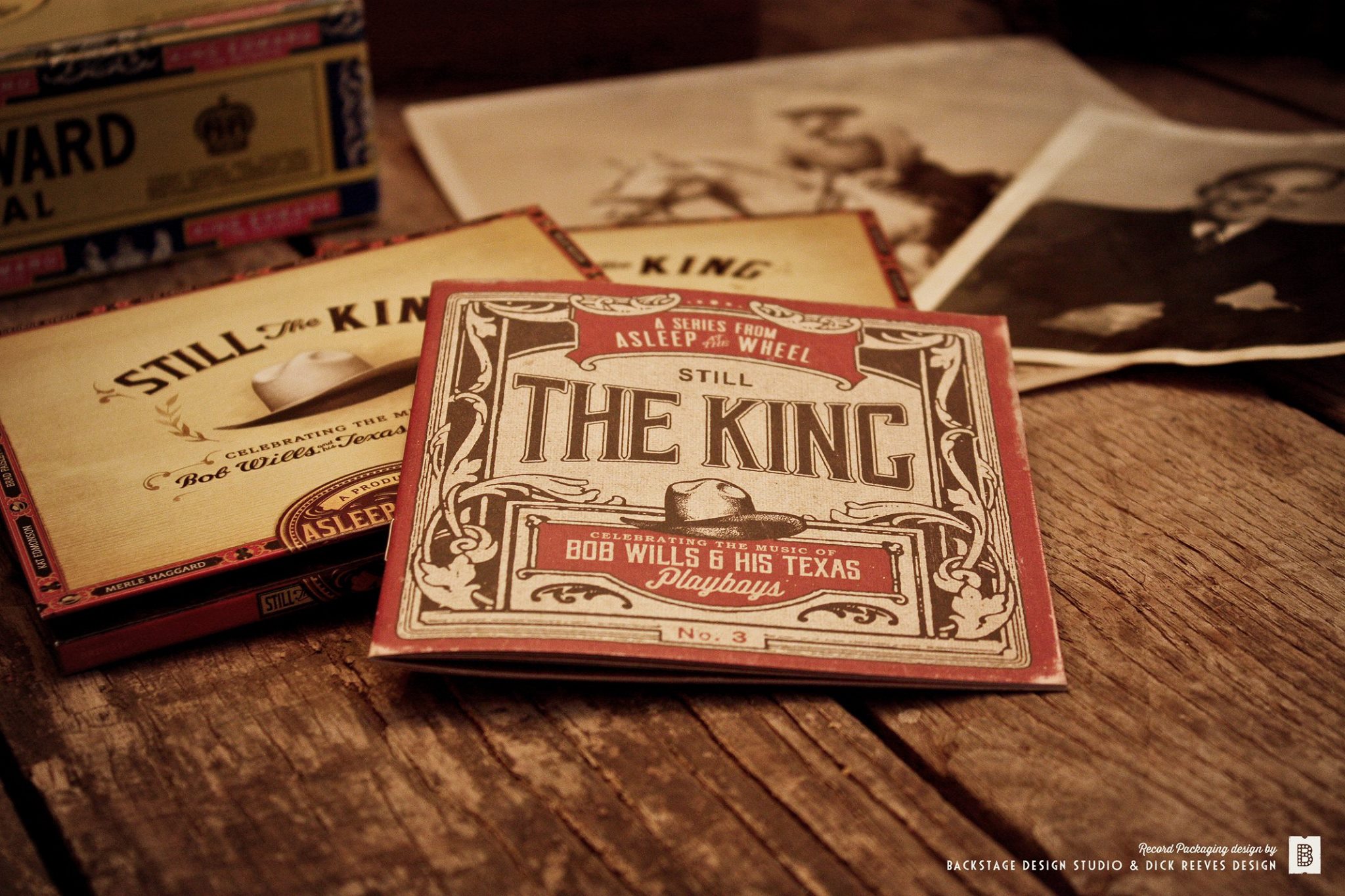 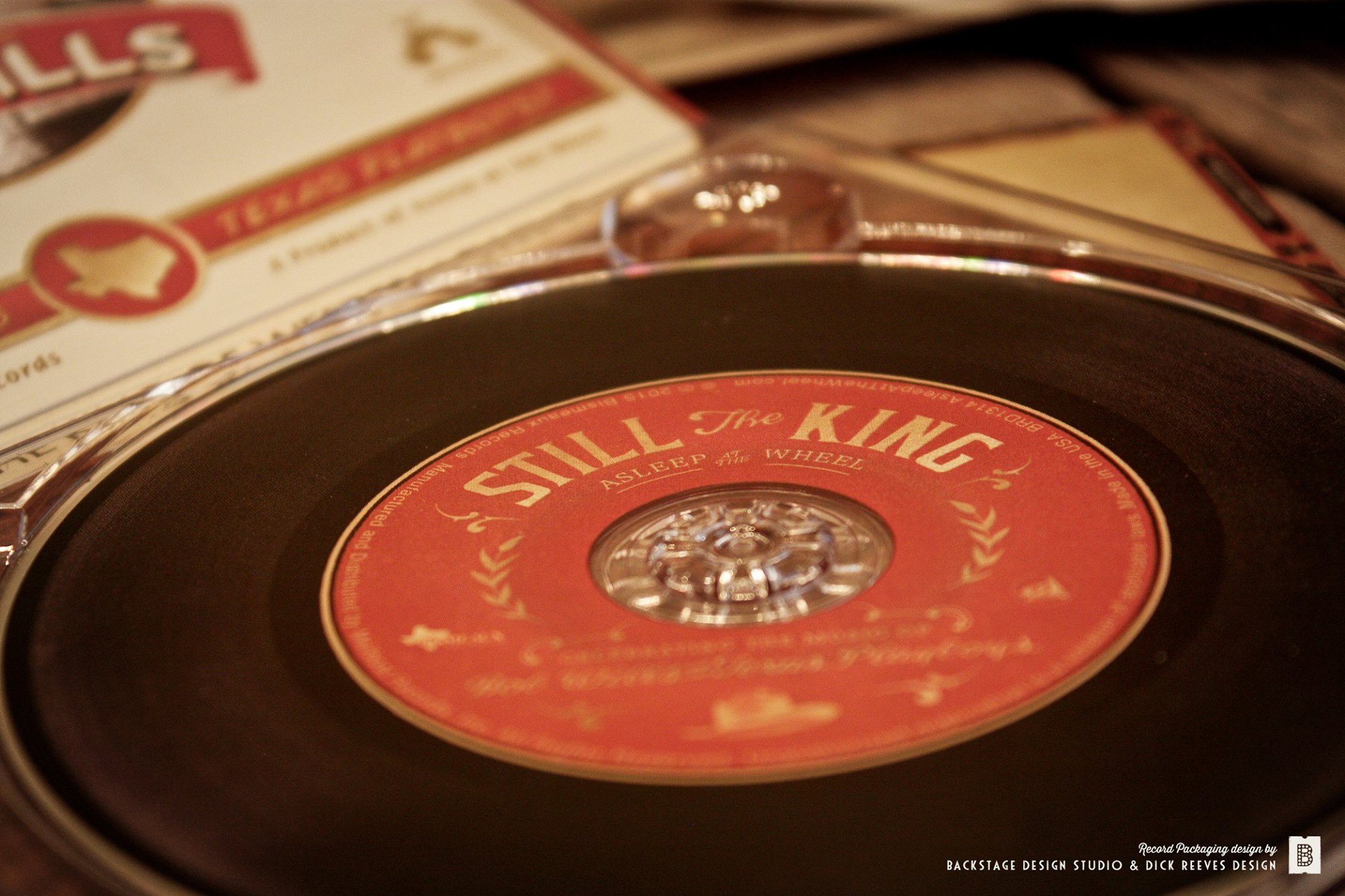 “[This] is easily the most beautiful, intriguing, and nostalgic jewel case I’ve ever seen. The manila background with raised brown letters is exactly the way and old cigar box was made. Lots of easter eggs in the design–the faux stamp on the outside corner, the names of the artists involved on the outside edge, and then when you open it up–the cigar inset, and the CD itself, with the look of an old 78 record. To top it off, the inside of the case is in the design of an old ashtray–you’d almost expect an ash from ol’ Bob’s Roi-Tan to fall out.” – Randy Atkins, Amazon.com Customer Review 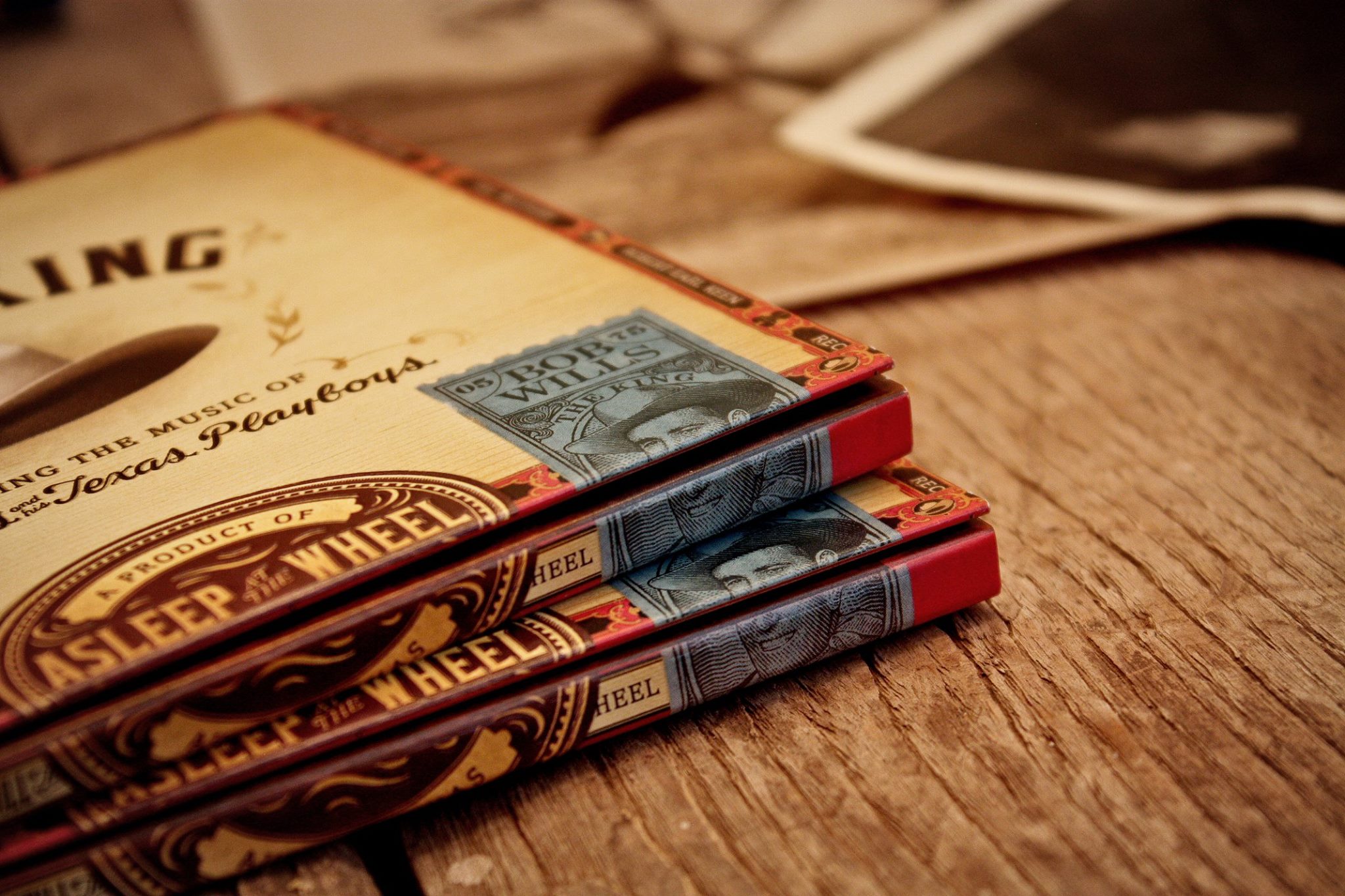 You can order a copy of Still the King, today, at AsleepAtTheWheel.com.

The 58th Annual GRAMMY Awards will be held on Monday, February 15, 2016, at the Staples Center in Los Angeles.