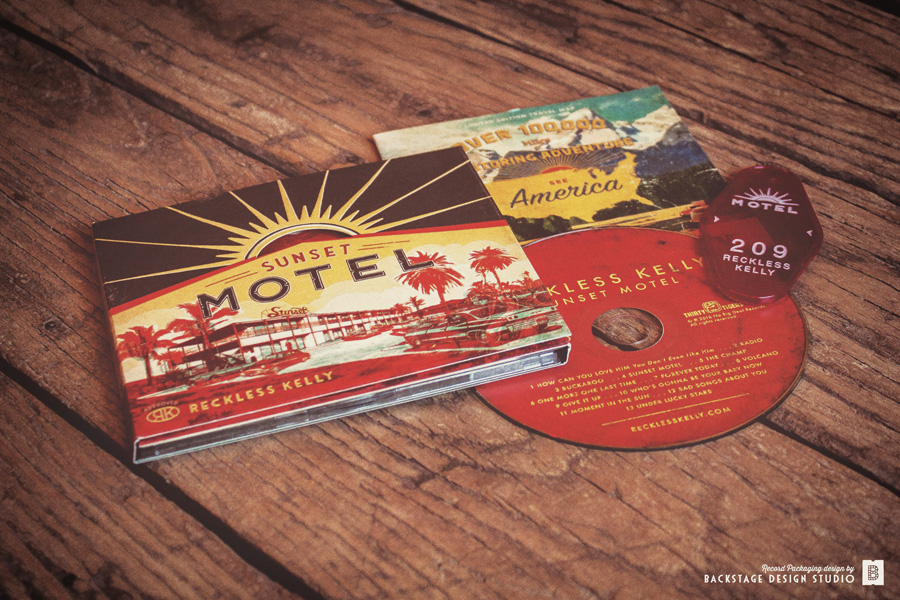 The lyrics to the title track of Sunset Motel, written by Willy Braun, set the stage for the storyline behind the most recent collaborative effort between the Dodds Sisters and Reckless Kelly. Written as somewhat of a love letter, the track voices a plea to not be left to his own devices, hinting at concerns of PTSD. You quickly learn that our main character fears that, if the lady-in-question were to leave, he’d be lured by the temptation of his vices back to the one place he hoped to never return.

The packaging presents itself as an enticing 1950s-60s era travel brochure for the Sunset Motel, promising a desert oasis – a place to “escape from it all.” The reality, however, as only seen through the translucent red Motel Key Tag included within the CD Digipak, is a run-down possibly-abandoned ﬂea-bag motel. It’s hey-day: far gone. The bathing beauties and welcoming staff: all but a memory. Saguaro cactus towers outside it’s walls – not the swaying palm trees pictured… Lurking in these hidden images, you see the true culprit: darkness/addiction/temptation, embodied in the archetypal nemesis and Reckless Kelly classic icon: The Serpant. 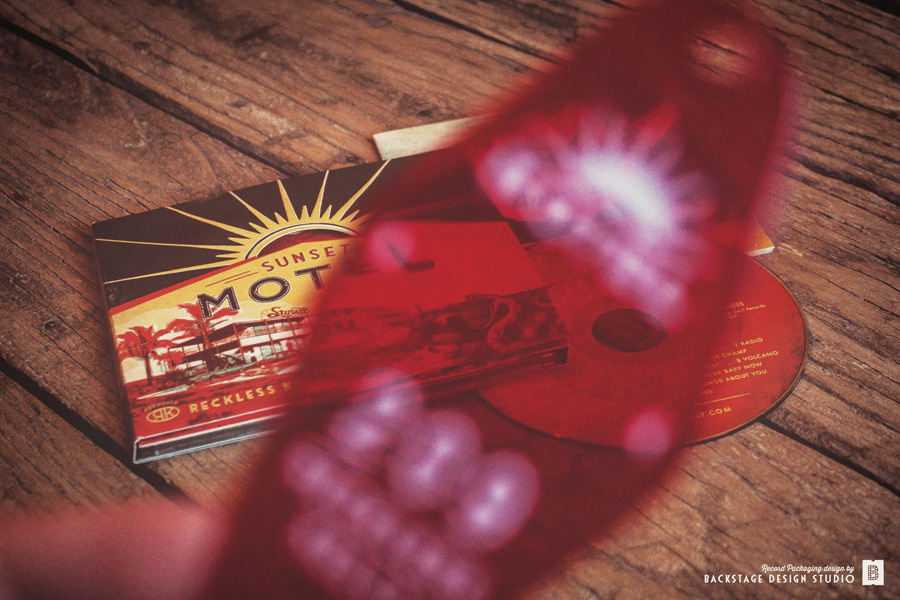 Enclosed within the brochure, a poster sized fold-out US Highway roadmap, covered with handwritten lyrics, illustrations and doodles (from both Willy & Cody Braun), documenting a road trip. The reverse side is filled with advertisements for tourist attractions and travel-related goods, with artwork and themes derived not only from the lyrics of Sunset Motel, itself, but from the full library of Reckless Kelly music and fan culture spanning the past 20 years.

But, after any amount of analysis, you’ll quickly realize that the ads and slogans on the map don’t accurately represent the concepts or themes included in the lyrics on the record…. “Volcano,” for instance, isn’t about a Tiki Lounge, “One More One Last Time” is definitely not about Mt. Rushmore, and “Lucky Stars” has nothing to do with a casino. So, what gives?

Well, in the end, our protagonist was, indeed, lured back to the Sunset Motel, and did what he’d predicted: he got back on “that stuff” and sufficiently hit the bottom. Conceptually, the tracks on the record were born of hallucinations inspired by the advertisements found on his highway map… a la alice in wonderland, wizard of oz and the like. The handwritten lyrics and doodles on the map are those of a man with a broken heart spiraling downward on his way to the one place he worried he’d return.

Where IS the Sunset Motel? We can’t really say… the path traced on the highway map ends before he got to the final destination. When viewed at a distance through the Motel Key Tag, you’ll see, yet again, the culprit.

The artwork is reminiscent of the golden age of interstate travel – when Route 66 was lit by the warm glow of neon and gas-guzzling classic cars hit the open road to see America. In contrast, the design also presents a somber look at the remnants of that lost era.

Pick up your copy at RecklessKelly.com, and dig in. To reveal what is hidden, peer through the Motel Key Tag… lean in…. stand back… enjoy. Paradise awaits! 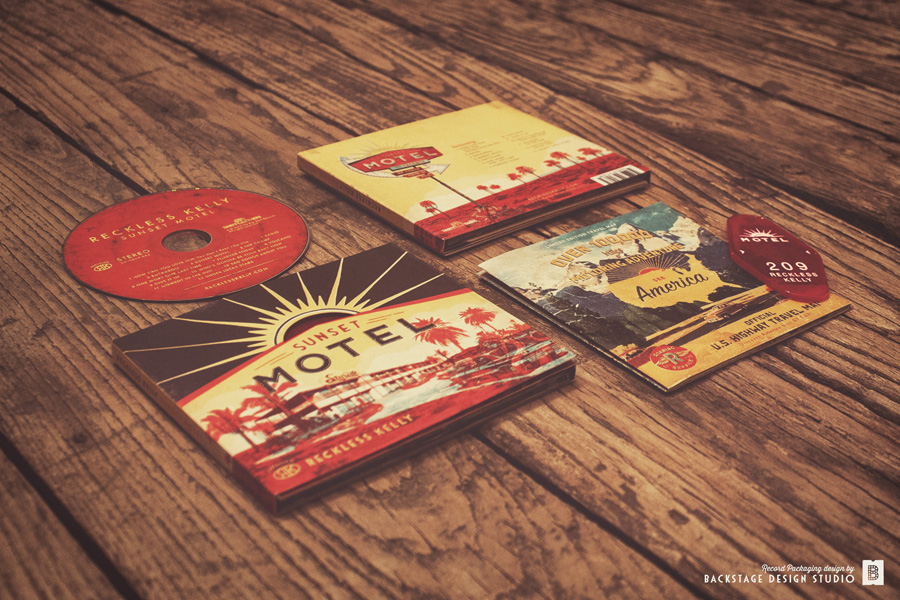 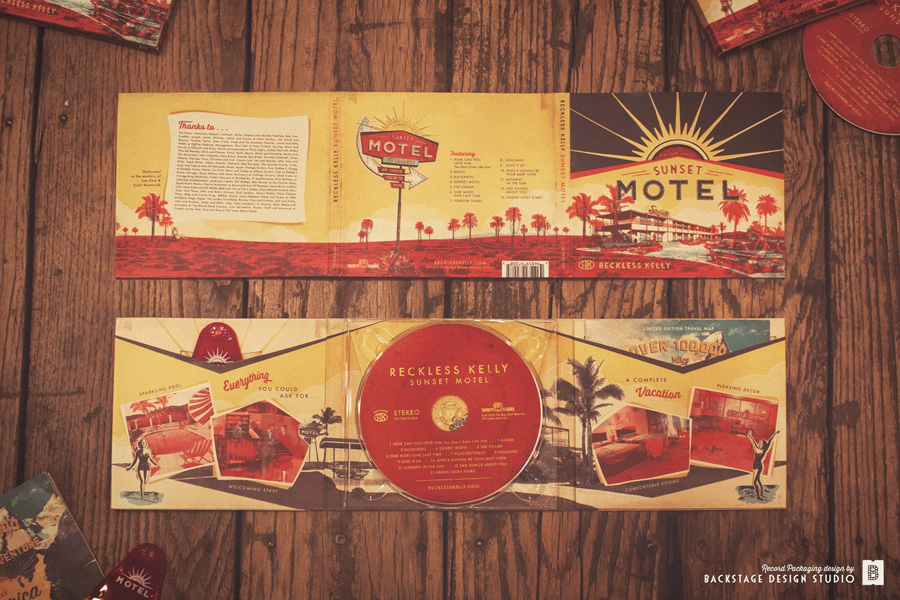 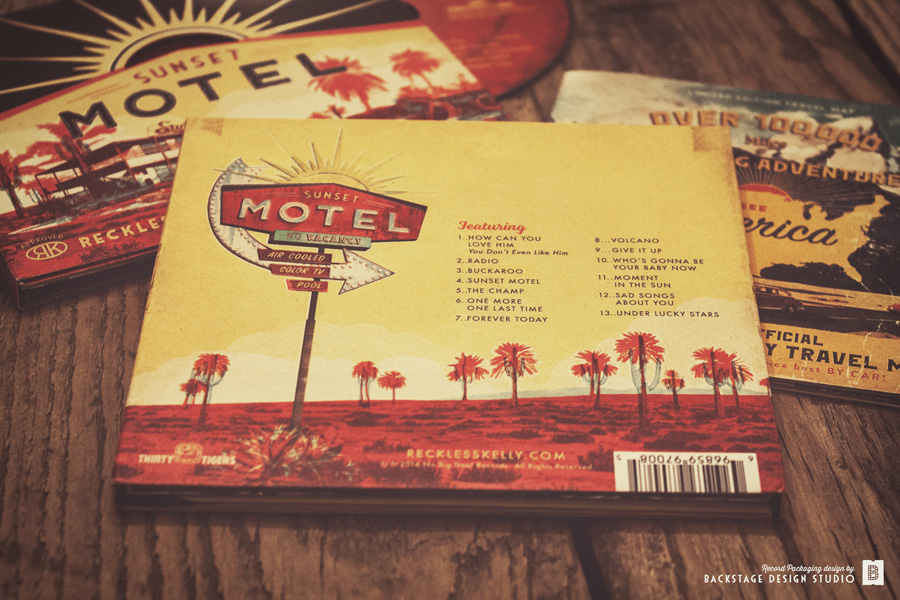 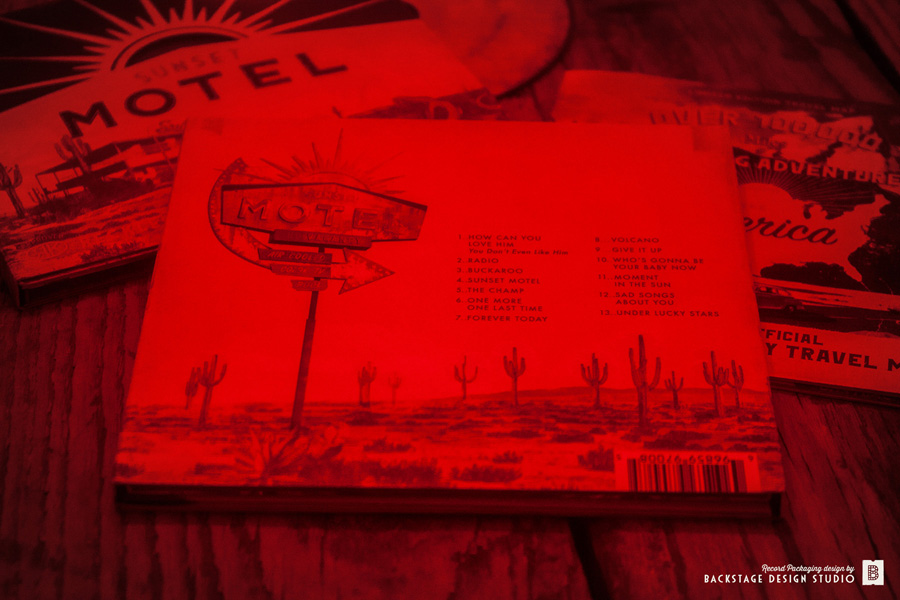 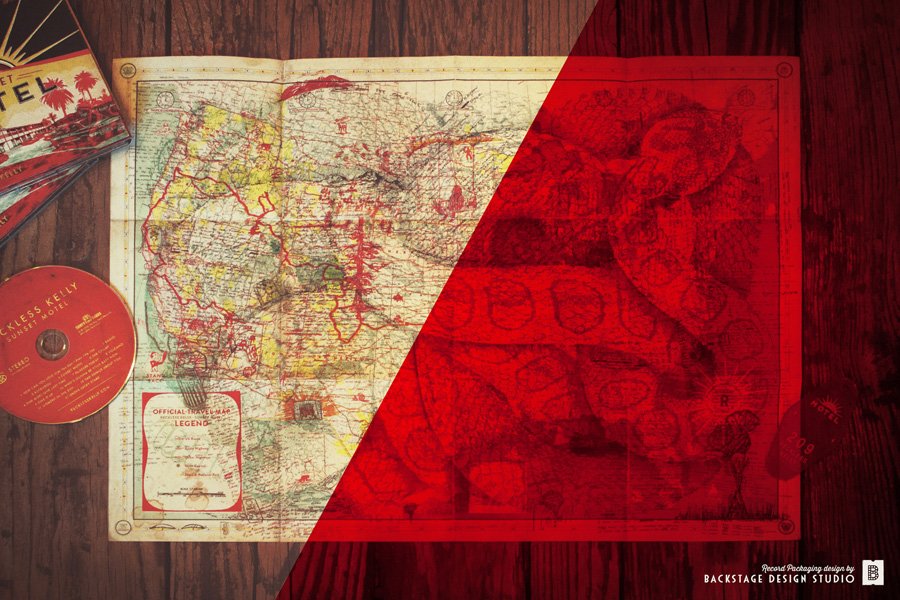 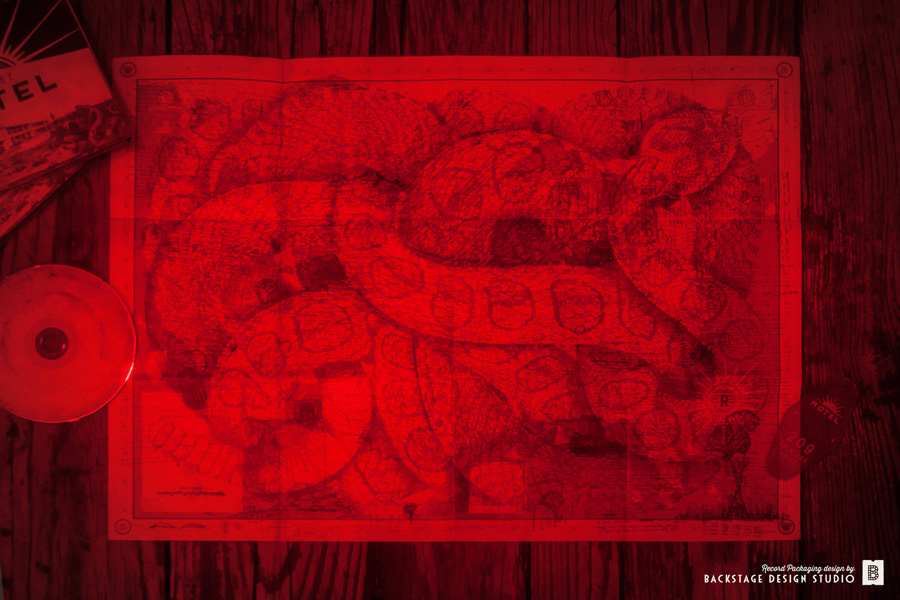 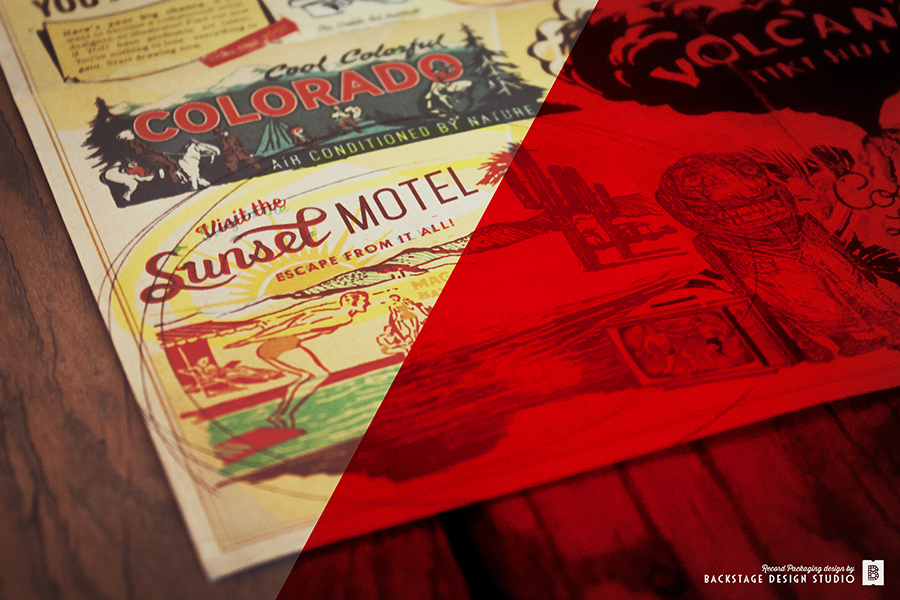 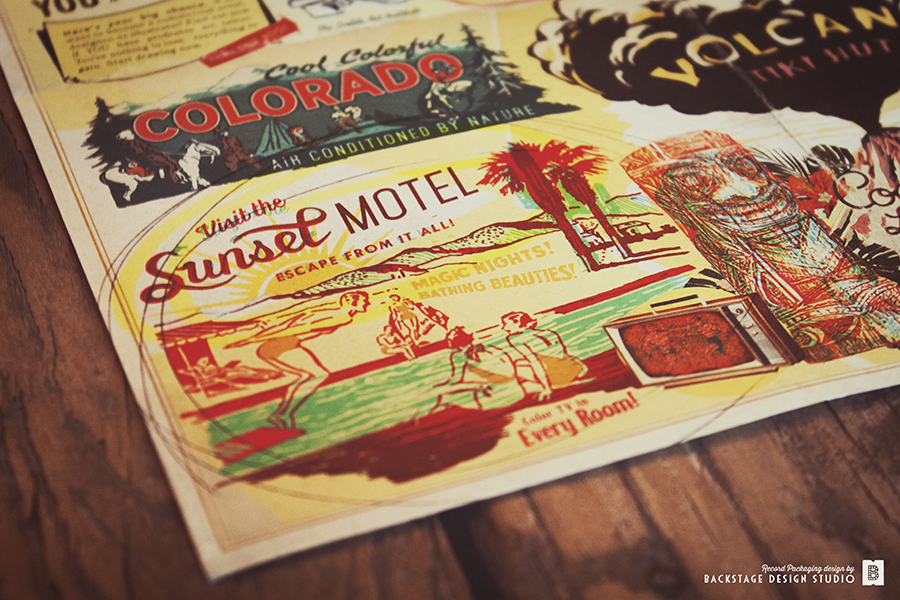 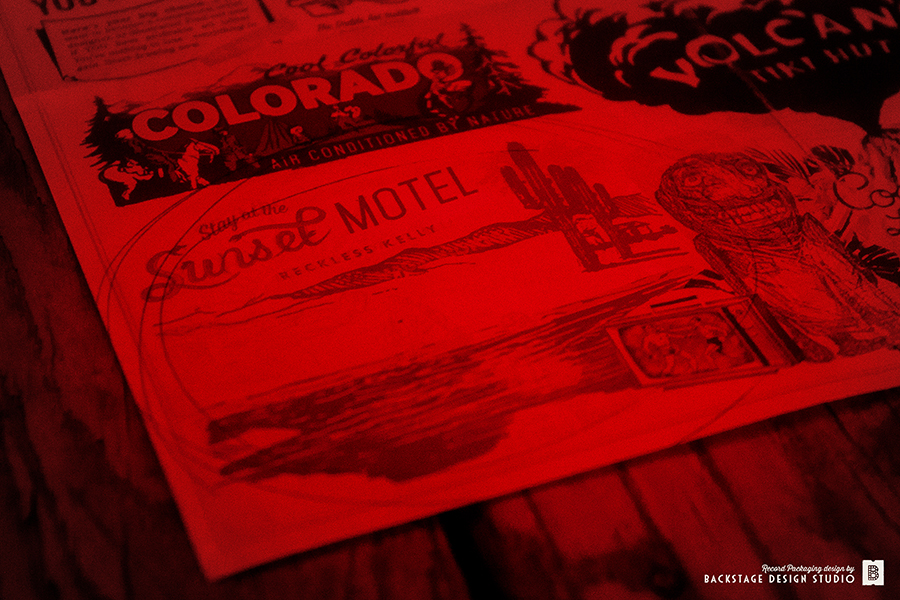 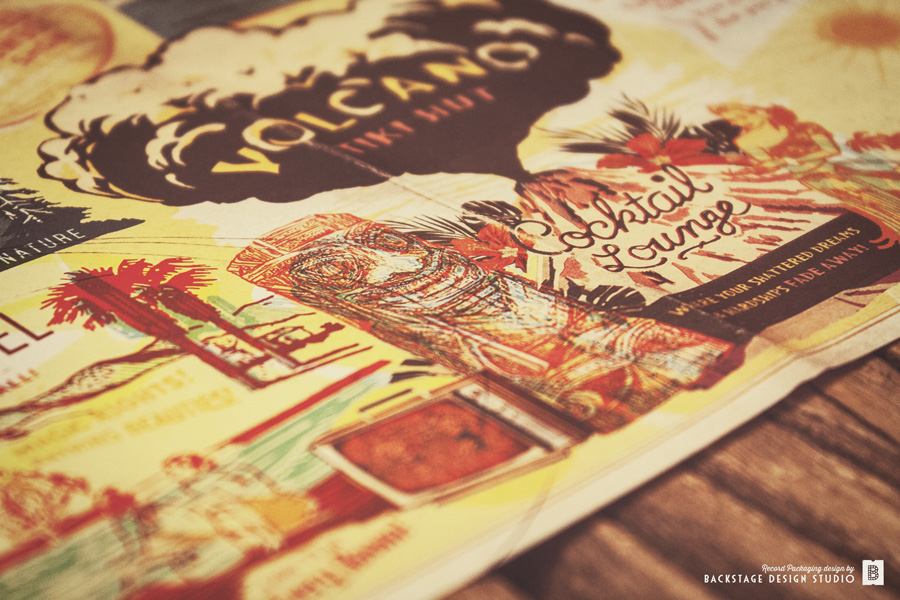 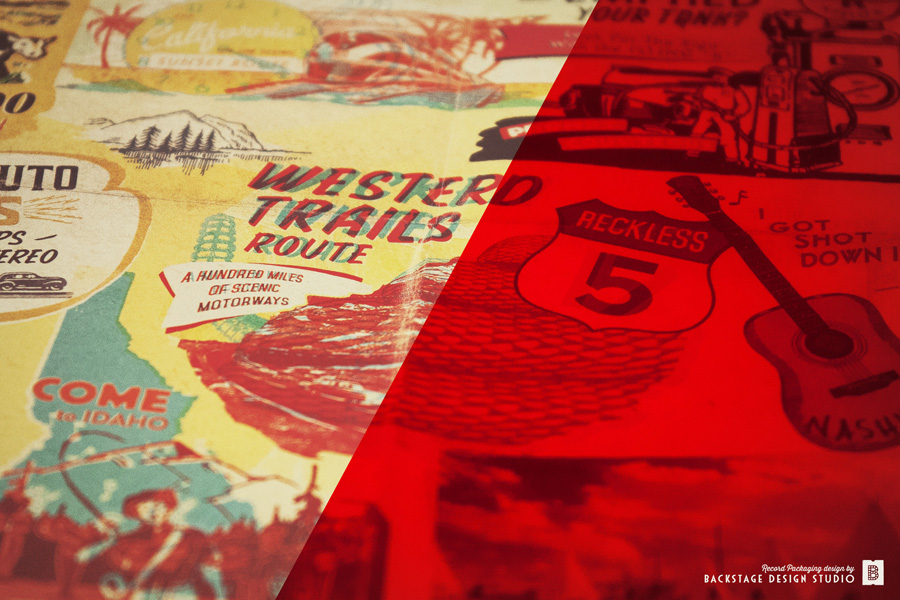 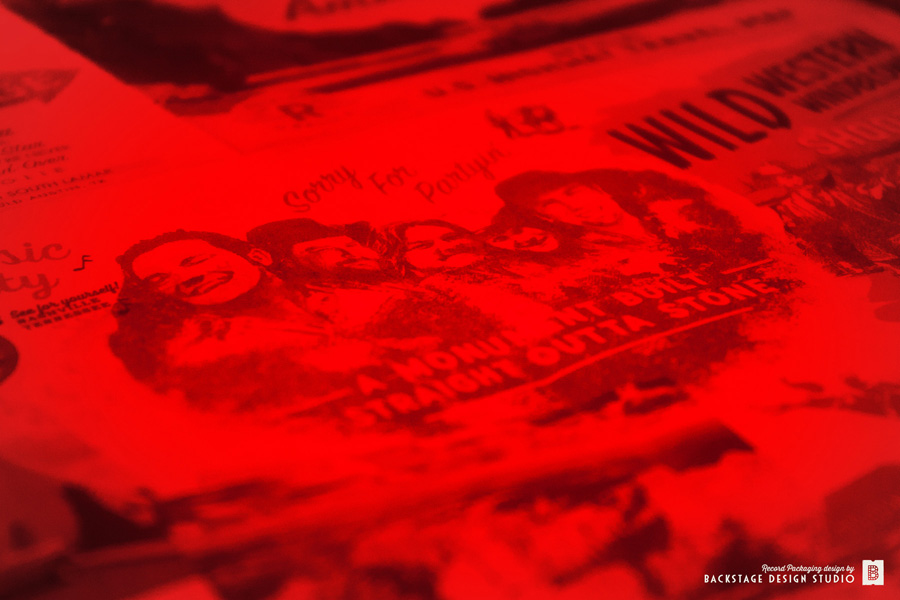 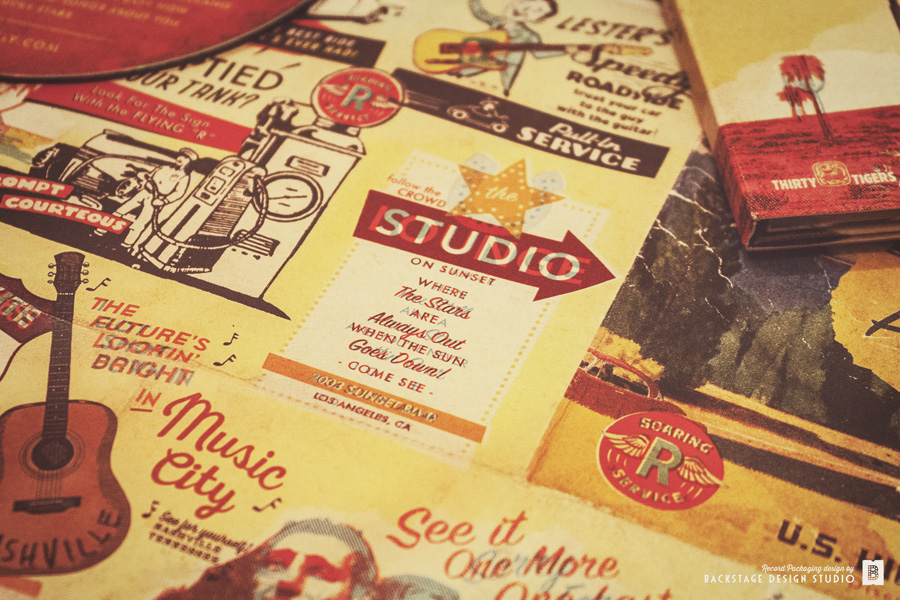 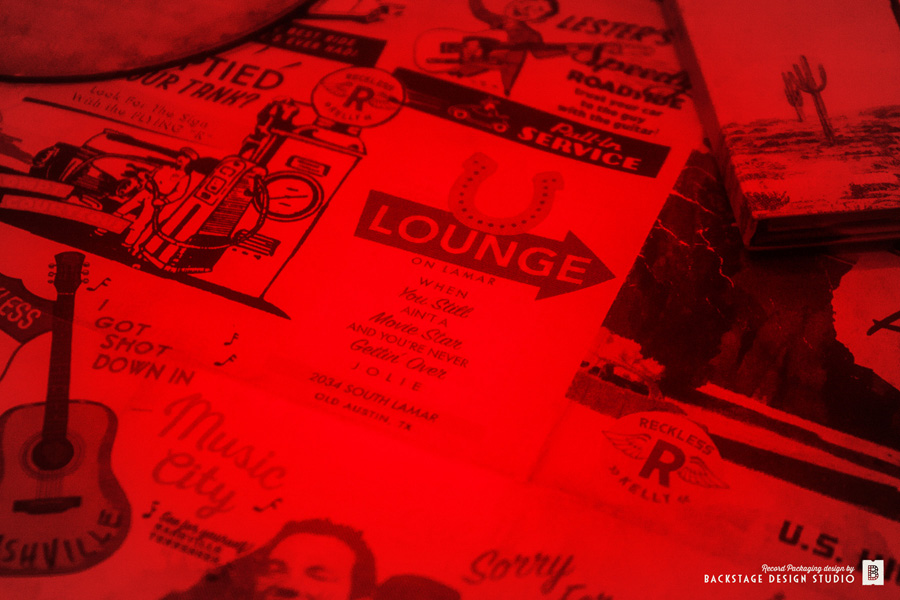 And so much more . . . when you think you’ve found it all, look again.

Big Thank you to Bruce Chambers at ICLA and Aaron Prohuska at National Hospitality for making those clear red Motel Key Tags a reality! And, to PrintCraft and Thirty Tigers for bearing with us through this, and for getting it to the finish line!!